What is the club you beat yourself with?

Take a moment and consider your internal dialogue. Do you ever notice thoughts like these:

You wouldn’t say these things to your worst enemy, but somehow, some voice in your head has picked up a habit of beating YOU into submission. You berate yourself into being better. . . smarter. . . . kinder . . .thinner. . . more lovable. . .

We all do it on some level. Welcome to your shaming inner critic. This inner critic goes after your vulnerabilities – your pain, your limitations, your insecurities, and your struggles – and parades them in front of you in cruel and ultimately unproductive ways. Often it does so while comparing you to others.

What might surprise you is this: Your inner critic is trying to help. In its twisted, misguided way, this part of you actually thinks it’s motivating you. It thinks that if it stopped telling you how much better you could be, you’d become mediocre, lazy, pathetic, or unlovable. Take heart in knowing that you can retrain your shaming inner critic!

The next time you struggle with shame, false guilt, and self-doubt, try this exercise:

1.) Notice your self-talk. Write it down. Be honest with yourself. Get it into the light. What are the terrible things you sometimes say to yourself?

2.) Get curious about this shaming inner critic. How long has it been with you? Did you internalize its voice from someone else? Or is it an old habit you’ve not been able to break? Getting curious about this critical voice helps give you distance from it.

3.) It may sound crazy—but now try to befriend this inner critic. It’s a part of you that’s learned some bad habits, but like a hurting child who is acting out, it needs your love and some gentle boundaries. Extend it your appreciation for the ways it’s been trying to help you be your best self.

4.) Now, help it change its tone and harness all that energy in productive ways instead. Next to each terrible thing this voice whispers to you, write a holy reframe: 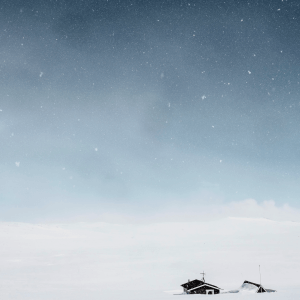 Your inner critic needs to learn that berating you isn’t the answer. It needs to be introduced to the gentle ways of Jesus. . . and be awed by how God’s voice is truly life-altering.

A shaming inner critic keeps you stuck and unproductive. When you separate out from it by naming it for what it is, you gain perspective. You see more clearly the simple truth of an insecurity or a struggle. You can then take that next step. God doesn’t yell at you like an abusive parent. He comes alongside you and joins with you in loving, gentle, truth-filled ways that are always life-giving.

A gentle tongue can break a bone. Proverbs 25:15

This site uses Akismet to reduce spam. Learn how your comment data is processed.

Join my e-newsletter and get three free gifts, She’s Better Than Me: How to Tame Your Inner Critic, Boundaries for Women: Kickstart Guide, and Boundaries With Emotions!

My Gift for You.
Get 2 free e-Books and an Audio Guide! 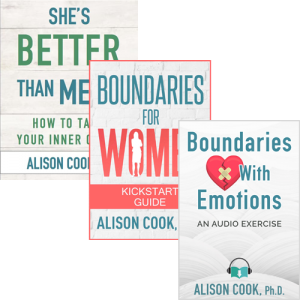 e-Book: She’s Better Than Me: How to Tame Your Inner Critic

GET YOUR FREE GIFTS